[Conservatives hailed the decision as a resounding win for religious liberty and the Little Sisters of the Poor, a Catholic religious nonprofit that operates homes for the elderly in several states that has been fighting the ACA policy.]

As I read the article I couldn’t help but wonder “WTH” …? A Conservative Religious Nonprofit for primarily the elderly took this to the supreme court’s justice?

Today women lost to this administrations fight. However as a few supreme court justices said about this ruling.

[Elena Kagan made clear, however, that the fight over the exemptions may not be over. While the administration has the right to change the policy, she said, “I question whether the exemptions can survive administrative law’s demand for reasoned decisionmaking. That issue remains open for the lower courts to address.”

The Administrative Procedure Act requires federal agencies to consider their impact of regulations and provide a public rationale for changes to the law. The courts did not fully examine whether HHS complied in this case.

“As the government estimates, between 70,500 and 126,400 women would immediately lose access to no-cost contraceptive services” under the judgment, Ginsburg wrote.]

Conservatives Versus Women’s Rights. What does all this imply?

This implies strategies that were fought long ago by Roe versus Wade will come into the limelight once again.

As I search the meaning behind this it is my opinion that this supreme court’s ruling is far from religious and moral reason unless employers are being required to hand out funds to employees with sarcasm to pay for the prescription themselves.

However most employers are not handing out cash, credit, check, deposits, and certainly not a cashier check written exclusively for contraception. It’s simply a lot of nonsense and that in itself is a “sin” religious conservatives refuse to acknowledge. Many religious conservatives would love to say “they’re not judging you as a person but rather they’re judging the sin”. It’s a lot of nonsense “judging is judging”.

What are your HIPPA, Patient and Data Privacy Rights?

The Health Insurance Portability and Accountability Act of 1996 (HIPAA) is a federal law that required the creation of national standards to protect sensitive patient health information from being disclosed without the patient’s consent or knowledge. The US Department of Health and Human Services (HHS) issued the HIPAA Privacy Rule to implement the requirements of HIPAA. The HIPAA Security Rule protects a subset of information covered by the Privacy Rule.

For those brave enough to challenge today’s ruling it’s a jungle out there that continues to tear down the foundation of women’s reproductive rights and/or the use of contraception.

Know your rights and take back your autonomy.. 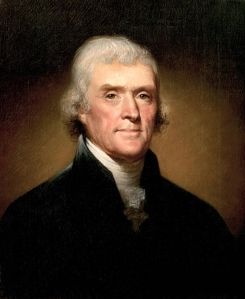 The principle is paraphrased from Thomas Jefferson‘s “separation between Church & State.” It has been used to express the understandings of the intent and function of this amendment, which allows freedom of religion. It is generally traced to a January 1, 1802, letter by Thomas Jefferson, addressed to the Danbury Baptist Association in Connecticut, and published in a Massachusetts newspaper.

Believing with you that religion is a matter which lies solely between Man & his God, that he owes account to none other for his faith or his worship, that the legitimate powers of government reach actions only, & not opinions, I contemplate with sovereign reverence that act of the whole American people which declared that their legislature should “make no law respecting an establishment of religion, or prohibiting the free exercise thereof,” thus building a wall of separation between Church & State. Adhering to this expression of the supreme will of the nation in behalf of the rights of conscience, I shall see with sincere satisfaction the progress of those sentiments which tend to restore to man all his natural rights, convinced he has no natural right in opposition to his social duties.”

Jefferson reflects other thinkers, including Roger Williams, a Baptist Dissenter and founder of Providence, Rhode Island. In 1644, he wrote:

When they [the Church] have opened a gap in the hedge or wall of separation between the garden of the church and the wilderness of the world, God hath ever broke down the wall itself, removed the Candlestick, etc., and made His Garden a wilderness as it is this day. And that therefore if He will ever please to restore His garden and paradise again, it must of necessity be walled in peculiarly unto Himself from the world, and all that be saved out of the world are to be transplanted out of the wilderness of the World.

In keeping with the lack of an established state religion in the United States, unlike in many European nations at the time, Article Six of the United States Constitution specifies that “no religious Test shall ever be required as a Qualification to any Office or public Trust under the United States.”

Jefferson’s metaphor of a wall of separation has been cited repeatedly by the U.S. Supreme Court. In Reynolds v. United States (1879) the Court wrote that Jefferson’s comments “may be accepted almost as an authoritative declaration of the scope and effect of the [First] Amendment.” In Everson v. Board of Education (1947), Justice Hugo Black wrote: “In the words of Thomas Jefferson, the clause against establishment of religion by law was intended to erect a wall of separation between church and state.”